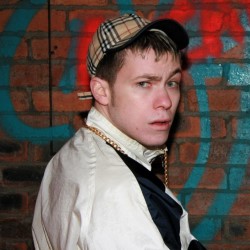 Mind that video? Know how the one wi the ned? A work in progress detailing the emancipation of a meme. The ned is the character creation of comedian Neil Bratchpiece. He has been featured on some TV shows but you missed them. He is a published cartoonist who has written columns for national newspapers and performed sketches on BBC Radio 4. He knows you don't care about that so let him tell you his experiences of 15 seconds of fame (including buffering time).