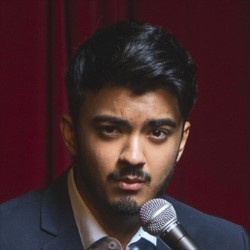 After sell-out solo shows and tours across Australia Neel returns for his second Edinburgh solo outing with Truth Be Told. Neel makes astute social and cultural observations while displaying flawless characterisations and voices, charismatic delivery and a sharp wit. There is a reason he has over half a million followers across social media - do not miss this rising star of Australian comedy. 'Hilarious throughout, thought-provoking and very well written' (YAWP). 'Neel kept the audience laughing throughout one hour of hilarity with his impressively wide-ranging impressions' (Fresh Air, Edinburgh). 'Brilliant' (Sydney Morning Herald).