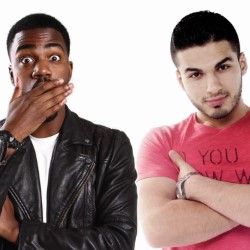 Laughing Horse New Act of the Year finalist Mo Gilligan, and BBC Radio 1Xtra's Kae Kurd join forces for their highly anticipated Edinburgh debut. Mo Gilligan is a gifted young actor and comedian. His charismatic style and stunning physicality has already earned him dedicated fans on both the mainstream and black comedy circuits. Smart, sharp and brilliantly astute, Kae Kurd is a young British-Kurdish stand-up. Having already conquered the urban circuit he is now making his transition to the mainstream and regularly leading venues.