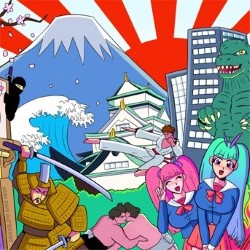 In 2013 Michael left London to head to Tokyo to teach English and write a stand-up show for the Edinburgh Festival. He's back now, so let him entertain you with his misadventures living in Japan's capital - battling cultural differences and language barriers, braving earthquakes, teaching English poorly, experiencing love hotels, winning urinal games, getting arrested and swearing at ducks. Michael has performed stand-up comedy across the UK and Japan, in South Korea and has entertained the troops on American military bases in Japan. Also featuring a guest comedian from Japan every day.