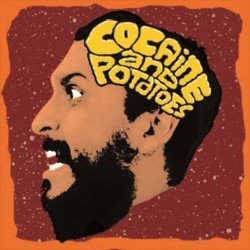 A Colombian/Irish/Englishman takes on identity, the world and why you have to try a Japanese toilet. An upbringing on a staple diet of cocaine and potatoes will take its toll, come and see what you end up with. Laughing Horse runner-up and Amused Moose finalist 2012, Hong Kong Comedy Competition finalist 2013, Perth Fringe World Critics Choice winner 2015. 'Absolutely hilarious, watch him before he gets snapped up by TV' (Mark Dolan). 'A controlled explosion of energy, all so enjoyable' (Chortle.co.uk).

As seen on Asia's Got Talent and Comedy Central Asia, Matthew Giffen is back in Britain to stake his claim as one of the most exciting, energetic and hilarious comedians to come out of the UK.

Hot off the heels of his sell out run at the Perth Fringe Festival 2015 and Magner's International Comedy Festival, Matthew Giffen is bringing his
debut award winning solo show to the Edinburgh Fringe.

Cocaine and Potatoes blends his distinct brand of high energy, multicultural observation and fantastical weirdness where he explores his roots as an Irish, Colombian, Englishman and what that does to your outlook on the world.