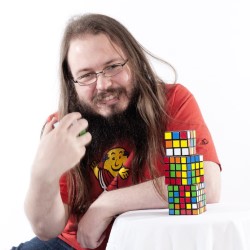 Matthew Collins (BBC's Great Unanswered Questions) is an Irish comedian, but also a computer scientist with moral objections to his own research. You'll laugh and you may even learn as angst and academia collide. 'If there's a such genre as nerd comedy, and you're into it, then this Irish puzzle-loving geek is your man' **** (ThreeWeeks).