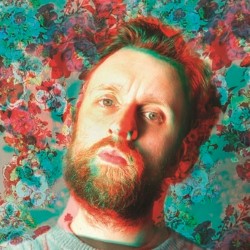 Glaswegian stand-up comedian Matt Winning will perform a moderately anticipated debut hour of idiosyncratic nonsense Mugabe and Me (3D) for a month long run at the Edinburgh Festival Fringe this August as part of PBH'S Free Fringe.

Recounting anecdotes from his life including the time he was Robert Mugabe's secretary on his gap year, Winning will playfully challenge his audience to decipher the boundaries of reality as he tackles weighty ideas and true stories through left field observations, surreal one-liners and absurd ramblings - all in spectacular 3D technology.

Winning's eccentric delivery and unique material has seen him quickly gain a reputation as an exciting act to watch amounting to multiple accolades including winning the Hilarity Bites New Act of the Year in 2011 and reaching the finals of the BBC New Comedy Awards in 2012, the Chortle Student Comedy Awards in 2010, as himself, and again in 2011, as a character.

The co-creator of the "Cultish" (Independent) Bearpit Podcast (Podcast), a character-improv show with John Kearns, Adam Hess, Mat Ewins, Fin Taylor, Richard Gadd and Lolly Adefope who currently have a monthly residency at the Invisible Dot, will also perform a Bearpit Podcast (Podcast) Gala Show at Just the Tonic at The Caves on the 26th and 27th August.

In the past he has performed in several mixed-bill shows at the Edinburgh Festival Fringe including The Comedy Zone in 2013 with Lucy Beaumont, Tommy Rowson and Carl Hutchinson. He's also performed at the Leicester, Glasgow and Copenhagen Zulu comedy festivals. Winning has appeared on BBC 3's Comedy Marathon, BBC Scotland's Scot Squad, BBC Radio Scotland's Macaulay and Co and Hardeep at the Stand as well as written for production company The Comedy Unit.