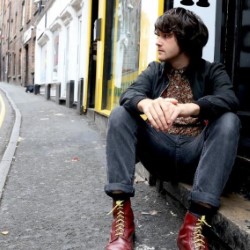 Fusing witty anecdotes, kitchen sink realism and a sharp political bite, this is above all else accessible poetry from the Wakefield street poet. His tongue-in-cheek, self-deprecating humour provides a constant giggle throughout an otherwise refreshingly honest show. Sometimes bleak, sometimes poignant: one man's insight into ordinary 21st-century British life can speak for many. His tales are peppered with cameos from the characters in his debut collection Albion Falls, and following the Edinburgh Fringe, he embarks on a 20-date tour with A Firm of Poets: a spoken word collective that he co-founded in 2013.