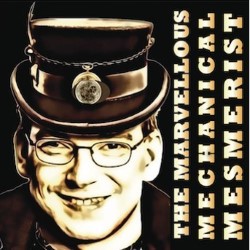 Performance requires at least three other cast members from audience willing to be hypnotised and take part in the show. Street hypnosis 'auditions' take place prior to the show at the Symposium Hall. Steampunk costume not compulsory but could win prizes.

The Marvellous Mechanical Mesmerist Actors with disabilities world premiere a new hilarious play with hypnotised people - it could be you! Paul Henshall, BBC's Holby City and I'm With Stupid, a trained hypnotist, plays a Victorian wide-boy intent on making as much money as possible with as little effort as necessary. Anna Scutt plays his wife, and 'Executive Partner'. Written by award-winning Stage Hypnotist Jonathan Chase, the remaining 'cast' are invited from suitably hypnotisable audience volunteers. Street hypnosis 'auditions' take place prior to the show at the Symposium Hall. Steampunk costume, not compulsory, could win prizes.