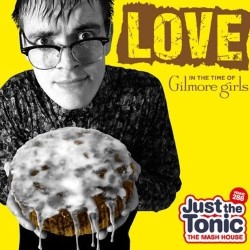 Minimum wage job, no girlfriend - how, James wondered, had it come to this? Maybe it was something to do with the three women with whom he'd had intense, unrequited, one-sided affairs? Maybe if he hadn't spent so much time watching Gilmore Girls? Maybe it was all David Cameron's fault? Jake Westow Miller's new play is a comedy about relationships, coming of age in Cameron's Britain, and a man who discovers that his one true love might just turn out to be television.