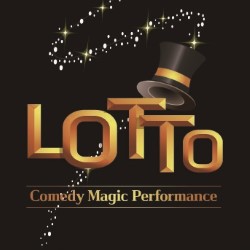 While buying a lottery ticket, an overworked office worker meets a host of Wizard of Oz-esque characters. The magic act of buying the ticket and the kerfuffle that follows is a kaleidoscopic revelation of the characters' dreams. This fantastic journey features a team of amazing illusionists, including Juno Moon, who recently won the prestigious Magic Association of FISM Award. The Alchemist meets Charlie Chaplin, wrapped in a narrative bubble worthy of a scene from Taxi Driver. Produced and developed by the creators of the Fringe hits Cookin' (aka Nanta) and Jump.