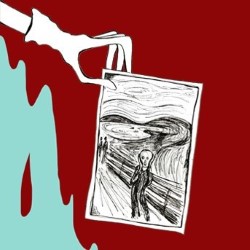 The theft of art is an art in itself, and Molly and Lee think they're masters of the craft. Much's Scream hangs on their safe-house wall, worth £74 million... if only they could sell it! A dark and bloody comedy. Winner of Scottish Daily Mail/Drama UK Award 2015.