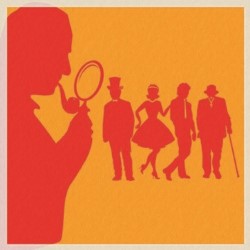 It's 1965, and Hal and Dennis have just robbed the bank next to the undertakers. Dear old mum's conveniently just died, there's a coffin waiting to be buried, and they need somewhere to stash their loot. Keen to cop a crook before the day is up, Detective Truscott is hot on their trail, and mum's corpse reappears at the most inopportune moments. Can the two get away with their crime? The macabre collides with the hilarious in Joe Orton's fast-paced, side-splitting play set at the height of rock'n'roll. Celebrating the 50th anniversary of this outrageous farce.