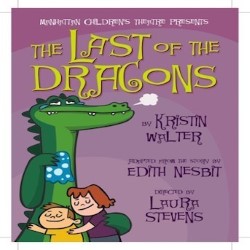 Were dragons real? Or, do they just live in our imaginations and games like Dungeons & Dragons and Dragon City? If they were real, what would you want to know about them? Were they mean? What did they eat? Did they really breathe fire? In this fast-paced, comedic adaptation of E. Nesbit's (Railway Children) short story, follow the courageousness of a young prince and princess, both determined to break from their traditional roles in life, as they discover the surprising secrets and desires of the very last dragon living on earth.