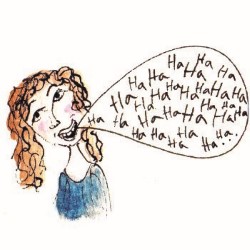 Brand new family-friendly comedy sketch show making a sensational Edinburgh Fringe debut. A collection of bizarre and hilarious new comedy sketches from the finest comedic talents at King's College London. Live music from ukuleles, bongos and singers. Don't be surprised to see tall people, short people, doctors, bacteria, opticians, professors, children, policemen, truffle pigs... in fact, just about everything we could pack into the show! Some of the funniest, silliest, and zaniest sketches to be found anywhere on this year's Fringe. Guaranteed to bring the laughter out from the most miserable of audiences.

It is written and directed by Katie Edwards, a Comparative Literature student from King's College London moving in to her second year of university, and is a KCL student based production.