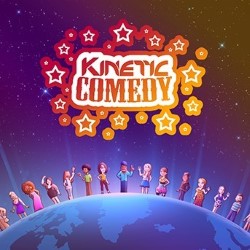 Multi award nominated Inel Tomlinson is back with his sell-out show, Kinetic Comedy. Expect a night like no other with the UK's best multicultural comedians plus competitions, games and live DJs. It's the ultimate party night! 'Pumped with energy and a whole lot of laughter' (ComedyBlogedy.com). Previous acts include Dane Baptiste, Romesh Ranganathan, Luisa Omielan and Nish Kumar.

Multi-award nominated comedian Inel Tomlinson is back with his sell out show but this time we are in Edinburgh for 3 nights only!

This smash hit comedy night is all about showcasing diversity in live stand-up. Each show features high energy performances from the very best comics on both the mainstream and black comedy circuits, alongside a live DJ and Twitter wall backdrop for full on audience interaction. It's the ultimate party night!

Already nominated for 2 RTS North West Awards (including Best Performance), Inel Tomlinson is known for his infectious comic style and unique physical prowess. He's one half of hit TV series The Johnny and Inel Show (BBC) as part of the UK's first black comedy double act - a groundbreaking moment in British television. He's well established on the live circuit with gigs at The Glee Clubs, Up the Creek, Amused Moose, Reading, Leeds and Latitude Festivals

Kinetic Resident DJ Dymond controls the atmosphere before, during and after the show by spinning the perfect tunes to dictate the mood. He has performed all over the world and is a regular on XFM & BBC 1XTRA. There's never a silent moment with Dymond on the decks.