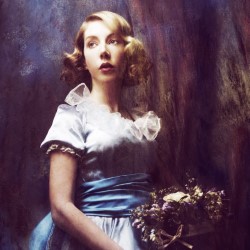 The star of Live At The Apollo, QI and The Jonathan Ross Show, the razor sharp and hilariously funny Canadian returns to the Festival. Direct from a complete sell-out national tour throughout the UK and Australia, Katherine premieres her eagerly awaited brand new show. Put this at the top of your must-see list for this year's Fringe. 'Young, smart and acridly funny' (Sunday Times). 'Thoughtful, funny and just twisted enough' (Times). 'Warped wit ... striking presence ... killer lines ... calm confidence' (Scotsman). **** (Fest). **** (Independent). **** (Chortle.co.uk).

Star of BBC One's Live At The Apollo, QI, ITV's The Jonathan Ross Show and Channel 4's 8 Out Of 10 Cats, the razor sharp and top of her game star Katherine Ryan returns to the Edinburgh Festival, with her eagerly awaited, brand new show Katherine Ryan: Kathbum after runs at the Melbourne International Comedy Festival and the Just For Laughs Festival in Montreal.

Well on her way to being a household name, these past twelve months have been phenomenal for this wickedly acerbic Canadian. Katherine has appeared on a number of high profile television shows and her UK tour Glam Role Model totally sold out and was extended several times, due to the massive demand. From Monday 13th July she will host Hair, a primetime BBC2 series about the world of competitive hairdressing bringing her unique comedy voice to the second series. She was recently a regular on BBC2's Jack Dee's Election Helpdesk with Romesh Ranganathan and was a headliner on Comedy Central's new series Russell Howard's Stand Up Central, as well as developing her own series with Hat Trick.

Katherine needs to prepare a heartfelt speech for her favourite little sister's wedding this year. Trouble is, she's been in the UK so long she hardly knows her own family anymore. In this brand new show, our very own nation's sweetheart reflects on what she left behind in a search of her inner Katherine Ryan: Kathbum.

As well as regularly appearing on BBC's Mock The Week, Have I Got News For You, The Apprentice: You're Fired and ITV's Celebrity Squares, Katherine also performed as Nicki Minaj on BBC One's Let's Dance for Comic Relief. She also supported US star Chelsea Handler at the London Palladium.