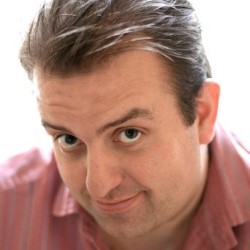 The show you've been waiting for! One man fights his involuntary mechanism for telling jokes at the worst times possible and tells them during this show which is the best time possible. As a comedian he has been described and compared. Also people have said really nice things and more importantly laughed. His comedy is probably just the type you like. Oh aren't you clever. You can tell all your friends you saw him before he became super famous but hurry that could happen anytime soon. He's most funny on Thursdays.