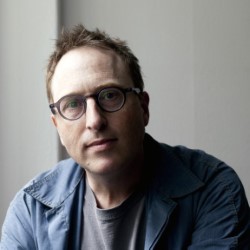 Ever made a joke on Twitter that came out wrong and as a consequence been torn apart by a crazy mob? Or been part of crazy mob tearing someone apart for telling a joke on Twitter? Jon's spent the past three years with people who have, and now he's ready to tell the tale. Hilarious and powerful, this is an illustrated one-man show about the renaissance of public shaming, and our very scary part in it. Following Jon's wildly successful book The Psychopath Test, this time around the crazy people are us.