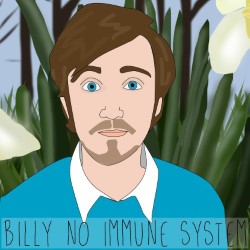 The programme is wrong. This show is on every day between 6th and 21st.

Joby Mageean uses comedy as a coping mechanism to deal with all his real problems in life, such as an awful disease which left him with no immune system, a lack of money and other quandaries. Luckily for him his life is such an abject failure his coping mechanism has transpired into a comedy career! So join Uke of Edinburgh award winner Joby Mageean in his Garden of Jokes, for a barnstorming smorgasbord of anecdotes and music. 'Hilarious gags and brilliantly written songs' **** (ThreeWeeks). 'Excellent' (WhatsOnStage.com).