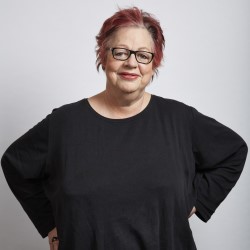 Long established as one of the UK's best female comics Jo talks about her career in comedy with Olly Double, curator of British Stand-Up Comedy Archive. The star and writer of Getting On, the BBC's BAFTA award-winning series set on a hospital's geriatric ward, which was partly inspired by her earlier career in nursing. Jo's other television credits also include Jo Brand's Hot Potatoes (BBC One) and the award-winning Through the Cakehole (Channel 4).