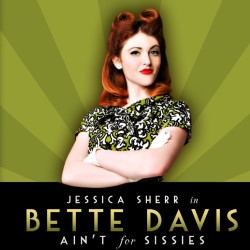 Returning to AR Fringe after a 2014 sell-out, sold out off-Broadway, and front page of ThreeWeeks. Miss Davis is back to share her five-star show. 'I have two Oscars, not one but two.' It's the Academy Awards 1939 and the Los Angeles Times leak the winners early! Bette Davis will lose to Vivien Leigh. With newspaper in hand Davis decides to leave! Witness Bette's most defining moments as a tenacious young starlet fighting her way to the top. See what happens when someone who always wins ... loses. ***** (EdinburghGuide.com). ***** (MumbleTheatre.com).