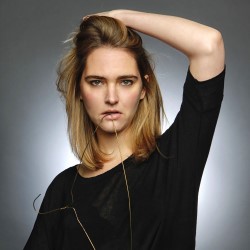 Dark, acerbic American stand-up comedian Jena Friedman has written for The Late Show with David Letterman and is currently a producer at The Daily Show with Jon Stewart. Now watch her offer up a probing examination of the US body politic, and a couple dick jokes, in her Edinburgh Festival Fringe debut, American C*nt.