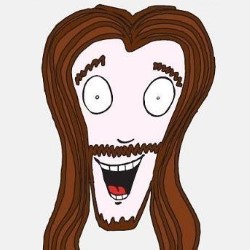 Jay Handley's first show contained '...moments up there with the best stand-up I've seen' (EdfringeReview.com). His hope is that this, his second show, will contain more of those moments! In it he will discuss the modern world, fret about his relationship and arrogantly mock the Christ. When not at the Fringe, Jay Handley performs at some of the country's best comedy clubs including The Glee Club, The Comedy Store, Jongleurs and The Komedia. 'Go see his show!' (BroadwayBaby.com). 'A top-class comic ... imaginative, polished and proper proper funny' (@4GoodComedians). 'Absolutely brilliant!' (ArtLightComedy.club).