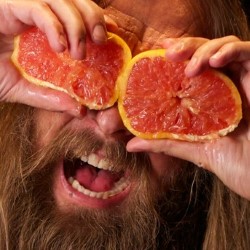 Following the success of Beating McEnroe, Jamie Wood returns to the Fringe with a new show, employing his signature blend of anarchic comedy, fandom and emotional terrorism. A psychedelic ride, and wonky homage to the woman damned for destroying The Beatles, O No! borrows Yoko Ono's art instructions to ask whether falling in love is always catastrophic. This is a show about reckless optimism, avant-garde art and what we might learn from the hippies. 'As funny as the best comedy, super-theatrical and entirely unlike anything else' (Brian Logan). 'Touchingly hilarious and startlingly bonkers' (TheEdinburghReporter.co.uk).