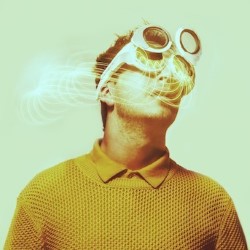 The hotly anticipated solo debut of a multi award-winning sketch comedian is probably happening elsewhere. Meanwhile, James Hamilton (another multi award-winning sketch comedian, significantly less anticipated) presents a solo(nely) debut of his own. Expect a forlorn, desperate tangle of tragic characters and time travel, and your expectations will probably be met. Praise for his sketch group Casual Violence (as heard on BBC Radio 4): 'Leading the new wave of sketch comedy' (Sunday Times). 'Dark, twisted and superb' ***** (Skinny). 'A fantastic lesson in how to write sketch comedy' ***** (BroadwayBaby.com). ***** (ThreeWeeks, FringeGuru.com).

Today, Casual Violence remain one of the most imaginative, critically lauded and well-dressed sketch groups on the Fringe, whom ThreeWeeks believes "cannot be commended highly enough for making sketch great again", and whom Broadway Baby described as "this generation's answer to Monty Python".

This year, James has recklessly abandoned his gaggle of actors (for a few months) to follow his lifelong dream... of being yet another comedian better known for a group project choosing to branch out and make a solo show instead. Join James as he twists the magic-realism, bleak humour and grotesque characters he's already known for into something entirely new, but equally deranged.

Meet James: a lovelorn, supremely self-centered and deeply bitter sort of chap, who just wants everything to work out for the (read: his) best.

His life falls apart when he discovers the mysterious Goggles of Future Past - a device designed to show you a vision of your future, only to immediately cut off the possibility of that same future forever. Only someone deeply narcissistic would be tempted to look through them - and of course, James is that narcissist.

When James sees everything he's ever wanted come true through the Goggles - a happy, life-long relationship with Emma, the love of his life - he's spurred on by the thought that she might still have feelings for him, and has since misspent years of his life attempting to engineer situations through which he can win back her heart - all to disastrous effect.

Strewn with a cavalcade of silly misfits conjured up by James (the much more pleasant, real-life James; not the fictional, deeply screwed up one) for your viewing pleasure, James Hamilton Is So Lonely is another surreal march into the imagination of a bold comic writer and master of the bizarre - who, in case you're asking, is managing just fine by himself, thank you.

With James at the helm, Casual Violence have been firm Fringe favourites since 2010: known for their bold, bleak and always memorable sketch style; blistering with such emotional punch, audiences were often left wondering whether to laugh or cry. The group have been backed by prestigious bodies including The Lowry Theatre, Jerwood Foundation and Kevin Spacey Foundation over the last few years, and won both a ThreeWeeks Editors' Choice Award and a Brighton Fringe Argus Angel for their shows. James himself was twice consecutively nominated for The Malcolm Hardee Award for Comic Originality (2011 and 2012), but hasn't yet been original enough to win.