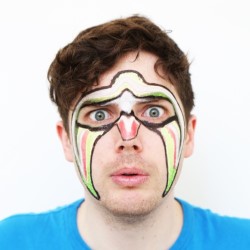 James Farmer came on the comedy scene in 2013 when he became a finalist in the Laughing Horse New Act Competition. In 2014, James supported Jimmy Carr on a leg of his Funny Business tour. Earlier this year James joined the panel on Celebrity Big Brother's Bit On the Side. Finally, he brings his much anticipated show Ultimate Worrier to the Edinburgh Festival Fringe 2015.

Alongside his comedy, James is an extremely sought after writer, who despite his relatively young age has already acquired credits on some of the most successful comedy shows on television. Some of James's notable accolades include writing for A League of Their Own, 8 Out of 10 Cats Does Countdown, Have I Got News For You, Reality Bites, Never Mind The Buzzcocks, and The Big Fat Quiz of The Year. James has also written an acclaimed 5 part weekly mini-series titled Two Girls One Flat that has been made available online.