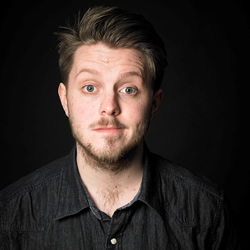 This show was originally listed as being at St Johns at 4pm. It has moved to Just the Tonic.

People consistently make terrible choices - the midnight kebab - the mullet - wet look leggings - voting Tory - leopard print (unless you're a leopard) - shots! - office romance - marrying Boris Johnson (I'm looking at you Marina) - visiting the royal mile in August. But why? And who is to blame? This show is for anyone who has choices to make, or anticipates making a choice in the future. You might be choosing which show to see right now?