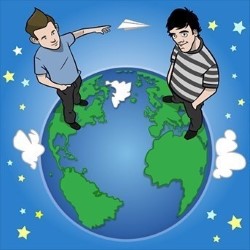 Comedians Jake Lambert (Leicester Mercury Comedian of the Year nominee) and Dom Lister (Reading Comedy Festival New Act of the Year winner) want as many people as possible to know they exist. So join them in their separate but, for the purposes of the Edinburgh Fringe, joint quest to tell people exactly who they are. The comedy world is a busy one, full of many acts wanting to be noticed, hoping to make a name for themselves and trying to find their voices. Jake and Dom are no different. 'Hilarious' (Reading Post). 'Brilliant' (Chortle.co.uk).