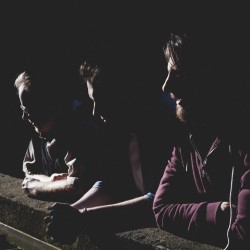 Ever wanted to see a comedian list an adjective then a noun then deliberately misunderstand the situation? What about a comedian who presents an idea to the audience then at the last second reveals it was something else all along? Well, how about three comedians? Join Matt Duwell, Victor Preda and Declan Kennedy as they share an hour of intimate, conversational comedy that is both intelligent and inane but definitely not relevant.