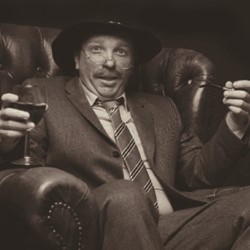 Renowned philanthropist, author, historian, orator, humanitarian, amateur vet, world record holder for the longest time a man has carried a toaster, pimp Henry von Stifle is ready to share his secrets of working for MI5 - all along to the entire soundtrack to Enter the Dragon. Listen to Henry's trials and tribulations, of his mission to North Korea, and his shocking discovery of Korea's lack of fizzy drinks! The perfect show for those who delight in a daft character comedy. 'An hour of solid nonsensical laughter' (ShortCom.co.uk).