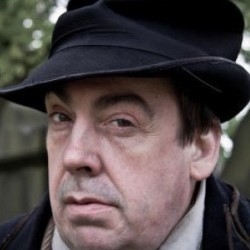 Be enlightened, be frightened! A fascinating insight into Edinburgh's underground city! By Davy the Ghost who founded the very first underground ghost tours in Edinburgh! What could go wrong? ...well, everything! From Jumperooters to real ghosts. Hilarious true tales of Edinburgh's dark side. Davy the Ghost is an Edinburgh based published historian and stand-up comedian. 'Ghost with the Most' (Edinburgh Evening News).