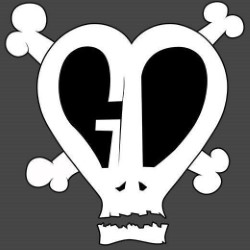 The Giggle Dungeon has its sights set sights on the north! They are bringing every weapon in their arsenal. The epic battle plan includes stand-up, improv and maybe even a sketch. Every epic fable begins somewhere.. Help us write the first chapter.

The Giggle Dungeon advances upon the great city of Edinburgh for the first time and is bringing a collaborative hour of stand-up comedy.

This band of misfits met at university and started to create something so much more than your average student comedy night. In Rob Beckett's own words "I thought you guys were gonna be dog shit, but you guys were really good, I'm impressed".

The GD society was formed 3 years ago. It was created for one reason, to offer a safe space for anyone to come and explore their potential and interest in comedy without fear of judgement, asking members for nothing, other than to be themselves. After experiencing this Rob Beckett said "If there had been a society like The Giggle Dungeon when I was at Uni, I would have been started in comedy a lot sooner."

Every epic fable begins somewhere, come and help us write our first chapter.