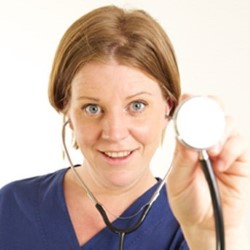 Georgie Carroll's nursing show guides you through 15 years of nursing on the front line, which proves that the nurses are oftentimes a lot sicker than the patients. A must for nurses or anyone who ever needed one. Sold out season and Best Comedy nomination, Perth Fringe 2015. Sold out season and Best Emerging Comedy nomination, Adelaide Fringe 2013. Adelaide Comedian of the Year 2012. RAW National finalist 2012. 'Carroll is really very funny ... effortless ... delivers a sharp, pointed anecdote' (Heckler.com.au).