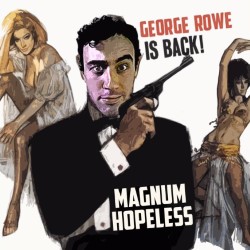 George Rowe (NATY's 2012 finalist, Essex Comedian of the Year finalist 2014) tells all about the ups and downs of his failed love life and invites you to spend a hilarious year in his shoes while he ponders - what is it women really want?