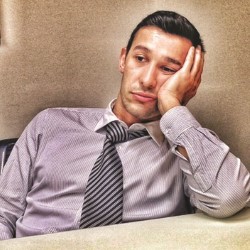 Australian comedian George Dimarelos returns to the Fringe for a second year of observational one-man comedy. It's a show that's been scientifically proven to not only make you laugh, but also make you taller and more attractive to the opposite sex - although for the sake of transparency, there was one instance where someone became shorter and less attractive, but that was just one time. So come along and laugh or sit silently - laughter preferred. 'One to look out for ... although his working knowledge of Huddersfield wasn't up to scratch' (BroadwayBaby.com).