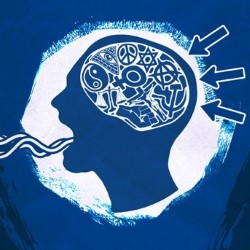 Millerick returns with his most acerbic and painfully funny hour yet. Things you didn't realise were annoying, analysed in detail that you never thought was necessary. Second place winner; the NATYS, New Comedian of the Year and Bath New Comedian. 'Millerick is a belter of a new comedian, well worth shouting about' (Stage). '...avoided cliche and made contentious points convincingly, though all in the name of a laugh rather than setting out any serious manifesto' (Chortle.co.uk).

The modern secular age is all well and good, but where can we go to bare our soul these days? Is the back seat of a taxi in the small hours of the morning the modern equivalent of the priest's confessional?

Some of the most interesting, thought provoking conversations of the modern age take place in the back of taxi cabs. Unlike the naval gazing and screaming so common on social media and message boards, a taxi might just be the last place to enjoy an interesting conversation with a total stranger.

Garrett Millerick has consistently proved himself to be the second best* new comedian of his comedy school year...

Having begun performing stand up comedy in 2012, Garrett has rapidly established himself as one of the rising stars on the UK circuit. A performer with a wide appeal and diverse range, he regularly opens the UKs biggest comedy clubs, has performed across Europe, and recently returned from his fourth overseas tour for Global Forces Entertainments.

2015 see's him return to the Fringe with his most acerbic, snarling and painfully funny hour yet. This show gathers an assortment of observations, diatribes and remarks he has made in the back of taxis. An undressed-up, unapologetically non didactic hour of opinions from a man who doesn't want to change the world, he just wants to have a laugh at its absurdities.

Political without being politicised, and always hilarious, his comedy is the antidote to the hour long 'rant with a mission'. Pure and simple stand up at its very best, Garrett shares wears his opinions on his sleeve but doesn't need you to take them home.

Garrett is also resident compere at the Schadenfreude Cabaret in North London. And he is a successful director in both theatre and film. His stage work has attracted critical acclaim, his short films have been distributed and screened internationally and his other film credits include directing a hip hop music video, a TV show about Renault Clios and a documentary on Ballroom Dancing, but he doesn't like to talk about it.