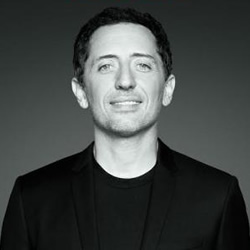 This show will be performed in ENGLISH.

French comedy superstar Gad Elmaleh appears at the Edinburgh Fringe Festival for the very first time. The man often referred to as 'the Jerry Seinfeld of France' comes to the King Dome and performs his new show - in English. Charismatic and sophisticated (and quadrilingual) with a unique world view this will be a very special one-off show.