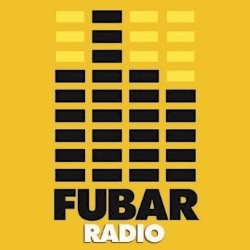 FUBAR Radio and Underbelly present The Underbelly Radio Shows recorded live from 12:30pm each day at Ermintrude, Underbelly hosts a series of live radio broadcasts brought to you by the UK's biggest uncensored comedy radio network, FUBAR Radio. With a selection of the station's presenters and a wealth of special guests, join in the fun for what promises to be a series of live broadcasts like no other on UK radio.