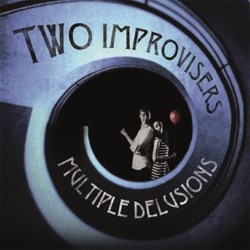 High-wire improvised comedy from two of the stars of Chortle award-winning Fringe hit, Austentatious. Riffing on a single word from the audience, Andrew Hunter Murray (QI's No Such Thing As A Fish) and Charlotte Gittins (Grand Theft Impro) fearlessly entangle themselves in an hour of hilariously inventive character improv. Expect razor-sharp comic timing, stunning emotional chemistry and really smart stupidity. Five nights only - book early! 'Two performers at the top of their game ... this is improv at its best' ***** (BroadwayBaby.com).

Folie à Deux is a darkly elegant comedy show from two of Britain's most inventive improvisers, returning to the Pleasance for a second year.

Riffing on a single word from the audience, the cast of two - both stars of Chortle Award-winning smash hit Austentatious - dive into an hour of wit, chemistry and masterful wordplay, creating new characters and stories at breakneck pace.

Andrew Hunter Murray and Charlotte Gittins are two of the UK's sharpest improvisers. Both cast members of Chortle Award-winning improv troupe Austentatious, they have performed across the UK, in Europe and the US.

Andrew writes comedy for BBC Two's QI and for Private Eye magazine. He is one of the stars of Chortle Award-winning podcast No Such Thing As A Fish and host of the critically acclaimed Page 94: The Private Eye Podcast. His many guest appearances include John Lloyd's Museum of Curiosity Live, Literary Death Match and BBC Two's Only Connect.

Charlotte is an actress and BBC documentary-maker. Her current shows include Grand Theft Impro, Monkey Toast and The Bishop, and she is one of the core cast of London annual's 50-hour improvathons. Her guest appearances include Marcus Brigstocke's Unavailable for Comment and Ross Noble's Evening of Improvisation with Special Guests.