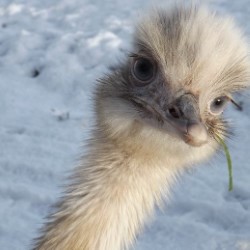 A snappy, intelligent, and at times surreal sketch show that readily mocks itself, its members and the meaning of life. This original comedy is written and performed by five and a half students, combining the out-of-date with the up-to-date in a refreshingly idiotic way. With minimal use of props and unpredictable musical elements, our quick-fire line-up will take you from the bizarre to the sublime in a whirlwind of cutting edge comedy.