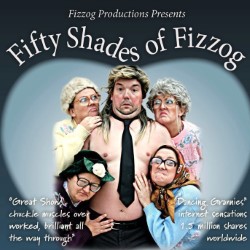 If it's laughter you want then the Fizzogs will provide it in bucket loads, with their hilarious routines ranging from naughty school kids to even naughtier dancing grannies. There is dance, song and most of all raucous comedy from a group that has performed to sell-out audiences in their native West Midlands. But they have gained a worldwide following after their grannies routine went viral and attracted 1.6 million shares on Facebook. Their growing army of fans have made comments such as: 'Laughed till we cried, cheek muscles well and truly aching'.