Luke McQueen's Edinburgh Fringe show this year - Double Act - is based on the premise that he used to be in a comedy partnership with Jack Whitehall. The story McQueen tells is not entirely true... so it must have come as a bit of a shock to the comedian when the real Jack Whitehall appeared on his stage.

Here's the tweet Whitehall sent at the end of the show: 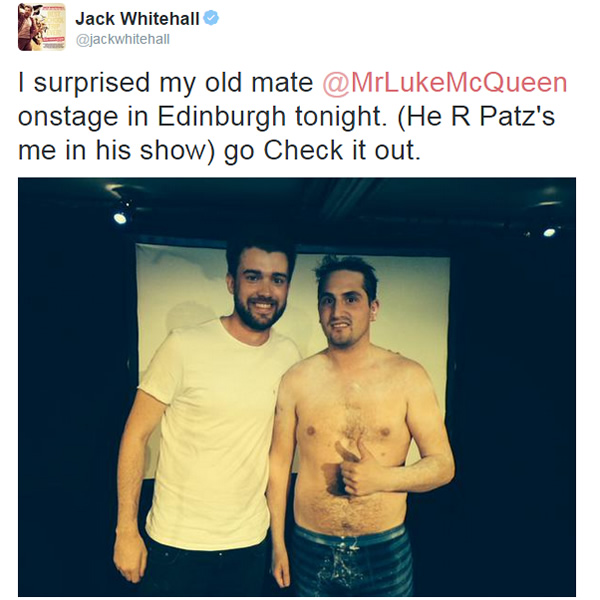 It was fellow comedian Joe Bor who tipped Whitehall off about the show and got him to turn up. Here's the video Bor filmed:

'Luke McQueen: Double Act' is at 9:45pm at the Pleasance Courtyard until the 31st August. Listing