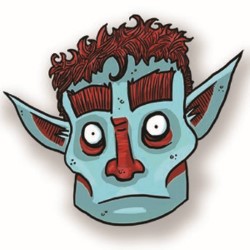 Under the direction of the highly-strung Foreman Snorwell, the goblins known as The Dream Sequentialists produce high quality human dreams for a living. But when the smallest goblin, Warty Finks, usurps the Foreman and creates the very first nightmare instead, chaos quickly spreads across the dreamscape. Can the goblins put a stop to Finks' horrible creation before the head honcho, the enigmatic Mr Sandyman, finds out? An absurd and physical comedy, The Dream Sequentialists delivers a farcical, fantastical and fast-paced exploration of imagination itself.

We dream the dreams you only dream of dreaming!

The Dream Sequentialists are a world renowned group of goblins that make human dreams for a living. But, when the smallest goblin, Warty Finks, usurps the highly-strung Foreman Snorwell and creates the very first nightmare, chaos spreads across the collective subconscious. Can the goblins put their differences aside to stop this nocturnal necromancy and restore the Foreman to his post before the CEO, the enigmatic Mr Sandyman, finds out?

The Dream Sequentialists delivers a vividly theatrical, fantastical and fast-paced exploration of imagination itself. The ensemble cast combines original live music, vibrant verse and furious physicality to take you on a journey through the dreamscape, long past your bed time.

Gardyloo is a brand new theatre company brought together by a shared fondness for the silly and the surreal, and a passion for producing highly stylised comedy that appeals to all ages. www.gardylootheatre.com