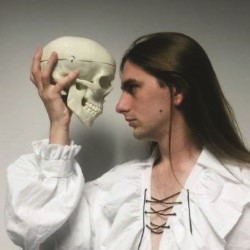 Ever wondered what would happen if Shakespeare was kidnapped by a crazed fairy king in an enchanted forest? Well, wonder no more. Shakespeare's greatest characters must band together in a new look avengers roster. With the fate of the Bard and his mystical infinity quill in the balance, can Shakespeare's heroes put aside their differences and save their creator from the evil machinations of Oberon, Lord of Midsummer? Following their breakthrough 2014 fringe, Drake's Drummers are delighted to bring their new comedy to Edfringe 2015. Previous praise: Shakespeare's Avengers Assembleth, 2014, **** (BroadwayBaby.com).