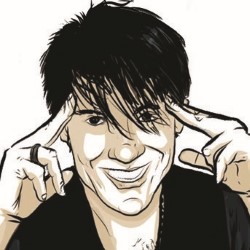 Have you ever wanted to read someone's mind or implant a subliminal suggestion? Doug Segal can teach you that and more in his hit show How To Read Minds And Influence People, all while making you laugh in the process.

Doug will teach the audience the techniques he uses to detect lies, implant suggestions, read minds and even "predict the lottery". This unique show promises to turn the audience into mind readers by pulling back the curtains so they can see the workings. everyone who sees this show will leave with an amazing mind trick they can do with their friends.

It's hard science ... abused in the name of tawdry entertainment.