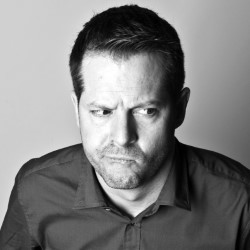 Dying is easy... Irish comedian Derek Ryan has a respectable amount of near-death experience. He spent years employed in abattoirs and graveyards. He's past the half-way mark, despite several near misses, so he's pretty much more dead than alive. And he's from a country obsessed with the subject. In this, his third solo show, he presents his own light-hearted take on the one show to which we're all invited: the Big D. It's much, much cheerier than it sounds.