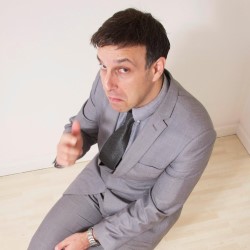 'Demitris Deech is a great story-teller' (BroadwayBaby.com). The Edinburgh Festival's favourite hypochondriac is back with another hilarious show. If Men Ruled the World is Deech's story of his efforts to get pregnant - simple if you know how. A regular BBC Radio panellist that has been described as one of the rare performers who thoroughly bonds with any audience. This show is free and funny. 'Genuinely funny and clever gag'' (BroadwayBaby.com). 'Manages to gracefully inject humour into any show' (ThreeWeeks).