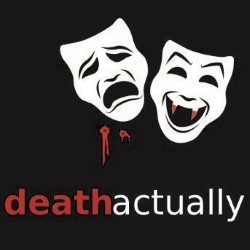 Meet Jack: a mortician's assistant fed up with life, and indeed death. Meet Belinda: she was mourning, but now she's dead. Jack's thanking his lucky stars that the mysterious Countess, with oddly sharp teeth and a neck fixation, has offered necromantic assistance to bring Belinda back. But Belinda's found herself in the arms of some devilish competition, and who's to say she isn't happier down there? Turns out Hell isn't empty, just full of hipsters, but the devils are up here inviting you to join in the fun with lethal puns and dead funny songs!