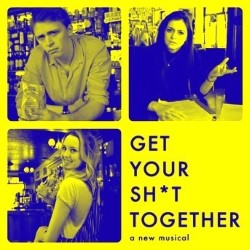 Alex's life has fallen apart. His girlfriend has left him for TV's Breakfast Dave, he's been fired and he can't afford his rent. As he prepares to move into a damp new flat above a pub, the future looks bleak. His youngest sister, Annabelle, is determined that he won't go through it alone. She rallies her reluctant older sister Lana, and the three siblings set out to spend the weekend together, helping their big brother move in and move on. But it turns out they all have far more to learn than they initially thought.